Baltimore Sonic Research Institute was founded by accident. In 2019 I was about to go record an album with my band No Note at Kevin Bernsten's Developing Nations recording studio and I realized I didn't have a a pedal I needed for tracking bass parts - a massive crushing fuzz. That record had a lot of slow doomy parts and I wanted something that would sound brutal without resorting to the usual suspects. So, rather than go and buy a handful of pedals in hopes that one would give me what I wanted, I decided to build the pedal I needed in the few weeks before the sessions. It ended up being a heavily modified Super Fuzz with an active EQ, full range blend, and a really angry octave tone. When it came time to track the bass, I played a few notes with the fuzz and Kevin said, "yeah I'm going to need one of those." That pedal evolved into the FZZ and Baltimore Sonic Research Institute was born. Well, it took a bit to get to that name. The version on the prototype was a bit long-winded. 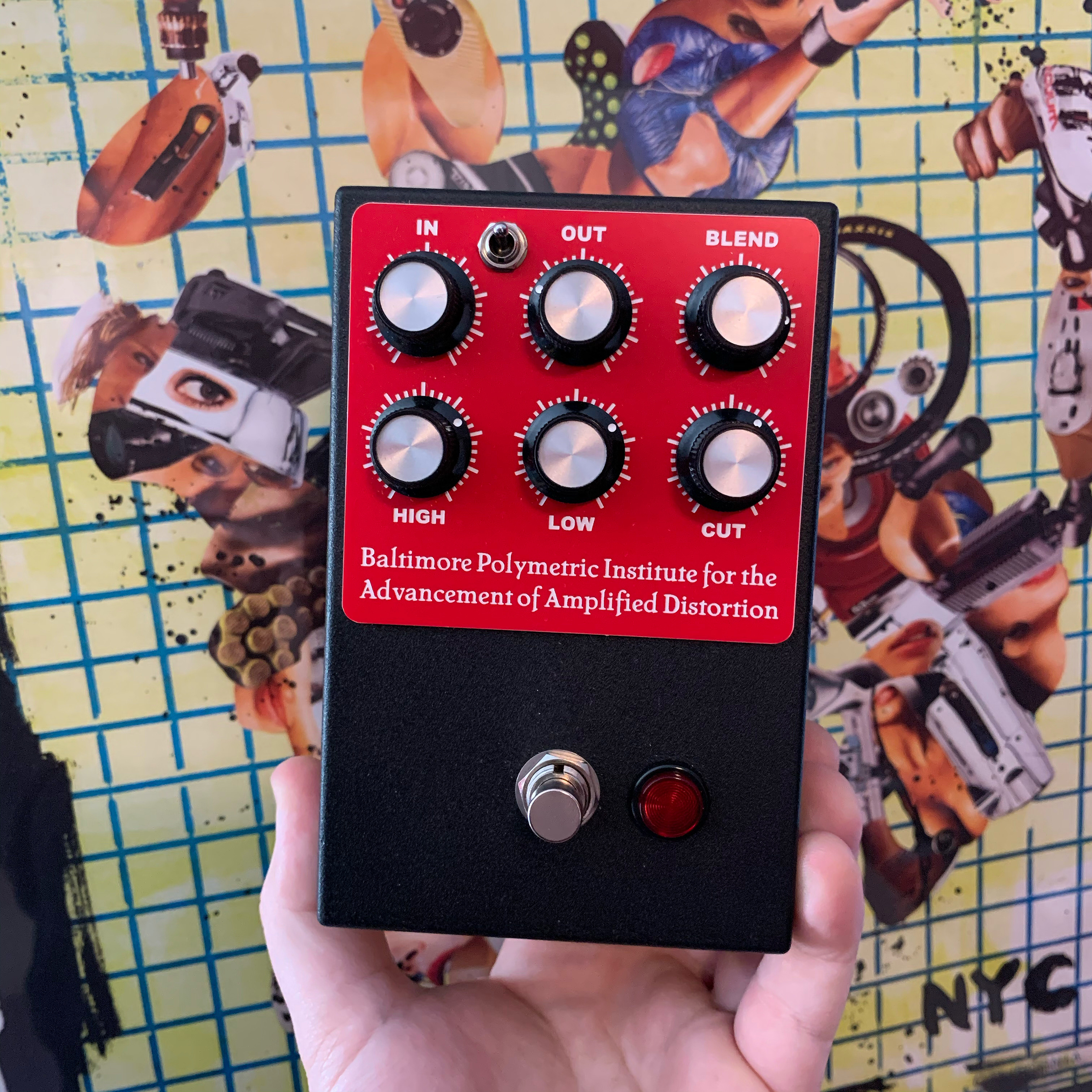